He married Edith Thorak (nee Huttebrauker) and they had a son, Rolf.  The family migrated to Australia in 1955, arriving in Fremantle 10 November 1955 on board the Surriento and then boarded the first available boat to Darwin, where they settled in Fannie Bay.

Dr. Klaus Thorak was employed as a government veterinary officer and later, was promoted to the role of District Veterinary Officer, where he was responsible for all animal health matters in the Northern Territory.  For most of his career with the Animal Industry Branch, Dr. Klaus Thorak was the sole veterinarian in the Top End.

As the District Veterinary Officer (Darwin) his work entailed a raft of duties including providing scientific services and advice to the Top End's growing primary industries, research services to the cattle industry and delivering local veterinary services for local pets.

He also played a critical role in the revival of the live animal export trade to Hong Kong and Manila.

In a tribute to Dr Klaus Thorak, the then Assistant Director stated,

"I worked beside Klaus Thorak for two years.  He had obtained a remarkable grip of the livestock problems in a very short time and his views in veterinary matters were always sound.  His energy was a legend and was backed by an inexhaustible supply of good humour.  All members of the Branch and the many visitors to Darwin were recipients of his remarkable hospitality and generosity.  He was a friend to all and will have an honoured place in our history and traditions."

On 26 January 1960, Dr. Klaus Thorak and his family departed Darwin Airport on a short holiday onboard CR-TAI, a de Havilland DH-114 Heron 2D.  The flight to Bacau, East Timor was to take one hour and twenty minutes.  Forty minutes into the flight CR-TAI made radio contact with a fellow company DH-104 Dove (CR-TAG) on its way from Baucau to Darwin.  This was the last time any contact was made with the Heron.  Those residing at the Garden Point Mission on Melville Island reported hearing a plane flying very low over the settlement around that time.

The Heron crashed into the Timor Sea, somewhere north of Cape Van Diemen, Melville Island.  At the time, the largest search and rescue mission in Northern Territory history was launched, with ten planes, some deployed from Amberley Queensland, and fifty airmen sweeping the sea for any remains.  All nine occupants on-board, including the crew of two, and seven passengers, among them Klaus, his wife Edith and their 15 year old son Rolf, were missing.  Newspaper reports three days later told of the chilling discovery of an empty dinghy bobbing in the Timor Sea.  A week later, search parties comprising local Indigenous people from Bathurst and Melville Islands combing the shores recovered several pieces of wreckage, a ration tin, a radio valve and a woman's sandal.

This was irrefutable evidence that the Heron had broken up upon impact and all its passengers and crew perished.  A Portuguese Commission was despatched to Darwin to complete investigations.  Extreme weather conditions and poor visibility were suggested causes of the accident.

Dr Klaus Thorak is also honoured and remembered through the naming of Thorak and Klaus Roads in Knuckey Lagoon. 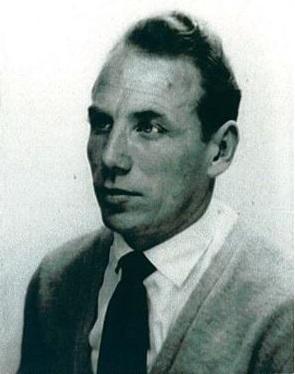 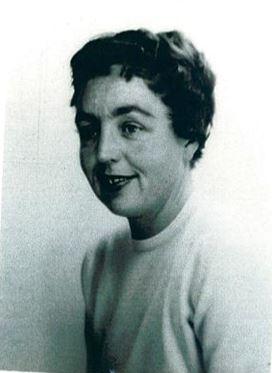 Portrait photographs of Klaus and Edith Thorak.  Courtesy of the National Archives of Australia.