The Reserve has spectacular grounds, including an ornamental lake, picnic, BBQ and hall hire facilities. It is the sporting and recreational hub of the rural area and is home to over 20 community groups and social organisations. Visit the Freds Pass Rural Markets every Saturday Morning at the Reserve from 8:00am till 1:00pm under the Multi-Purpose Hall near the entrance to the Reserve with local arts and crafts, plants, poultry, birds and delicious food. Throughout the year the Reserve also plays host to significant community events, including the Australia Day Celebrations which incorporate a Fun Run, Citizenship Ceremony and Thong Clapping, Fred’s Pass Rural Show and Equestrian Carnivals.

In December 1976 thirteen hectares of Crown Land were annexed to provide a Reserve for use by the general public as a recreational area. A Board of Trustees was established to oversee the development and running of the Reserve and the Board was gazetted on the 18th March 1977. The Reserve later became an incorporated body and the Trustees were formed into a Management Board.

The Reserve was founded on the philosophy of community effort and involvement. Much of its development is due to the dedication and work of volunteers who cleared the land, built and grassed ovals and in many cases, erected buildings, club rooms and facilities.

Freds Pass Sport and Recreation Reserve caters for several ball sports, equestrian sports and other recreational, sporting and community activities all in the one venue.

Facilities include six Polocrosse fields, a turf wicket, cricket nets, rugby league and union pitches, equestrian and dressage ovals, soccer pitch, football ovals, paintball and an archery course. There are several halls and clubhouses, meeting rooms, stables and workshop areas. Additionally, there are picnic, BBQ and play areas and a Palm Garden that leads down to the Lake.

The Freds Pass Rural Markets are held every Saturday in the Multi-Purpose Hall at Freds Pass Sport and Recreation Reserve. Starting from 8am, the markets have an average 70 stalls, with many permanent and some casual.

Providing all year round cover for the markets that attracts locals and visitors to the area. The markets are open 8.00am till 1.00pm, for more information about stalls please call 0410 836 880.

The Freds Pass Sport and Recreation Management Board Inc manage and maintain the Reserve on behalf of Litchfield Council. The Board is comprised of eight members elected from the community, they serve a four-year term. The Board meets regularly and holds its Annual General Meeting (AGM) each November. The Board's main role is to facilitate the utilisation of the Reserve whilst maintaining and developing it. Since its inception, the Board has developed the Reserve to accommodate a range of sporting and community facilities with more than 4,000 people accessing the Reserve and utilising its facilities each week.

Each user Group pays an annual fee and votes at the AGM. The User Groups are run by their own committees and in many cases are incorporated associations. 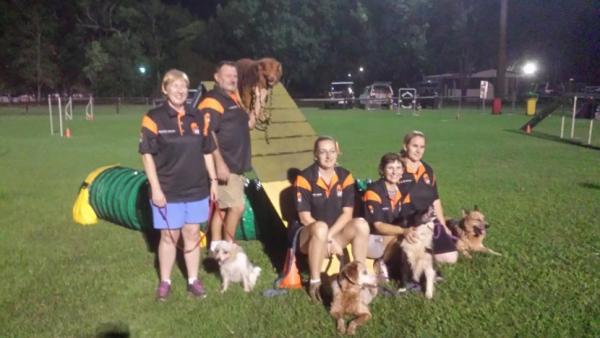